We just recorded a new episode of An Hour with Your Ex: Pride & Podcasts, and we basically wrote love letters to Emma Thompson for an hour. You should listen because I didn't even know I loved Emma Thompson that much until I started talking about it. You probably love her that much too.

Mid-episode we discussed the delightful number of dogs in Sense & Sensibility, and Mel said she thought this was the only adaptation with puppies and was incredulous when we told her she was wrong. So then I decided that instead of getting all the really overdue, important work done that I need to do - I would prove Mel wrong. Some things are just more important than important work things.

I only looked through the ones I have watched (which are the good ones). If you are really into the 2007 remakes, write your own blog. Of course, this is only reviewing the very direct, human adaptations. If you're looking for the best dog in the adaptation business, you go here. And here. Duh. 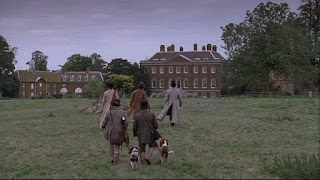 These two make a couple of appearances with Mr. Bingley. They're the cutest. 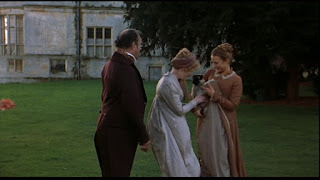 This ugly mug shows up at the very end to be handed to, and then sit on, Lady Bertram while Fanny Price and Edmund wrap up the story for us. Maybe I would have liked this movie better if the dog got more screen time. 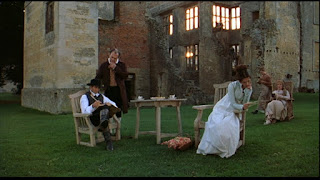 Gwyneth Paltrow's British accent is the.worst, but I love everything else about this Emma, and I'm hella impressed that she single-handedly brought back the empire waist even though it is flattering on almost nobody.  If you're going to practice archery in the sunshine next to a beautiful lake, you should probably bring these lounging delights along. 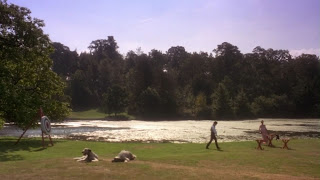 #7 Mr. Darcy and this stoop sitter

He's not my favorite Mr. Darcy (how could he be?), and this is probably my least favorite film due to my aversion to Kiera Knightly, but Matthew Macfadyen looks pretty adorbs next to this tall drink of water.

This guy makes a cameo as Mary does a number on the crowd at the ball. I love a good "your voice is terrible" bit. 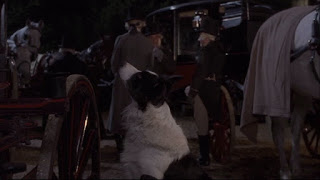 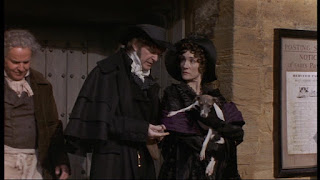 As I mentioned, Emma Thompson is flawless and the screenplay for S&S is perfection. Swapping out Mrs. Dashwood's child for a tiny dog with pointy ears was such a perfect call. Smug-ass ladies don't have snot-nosed children. They have tiny dogs. 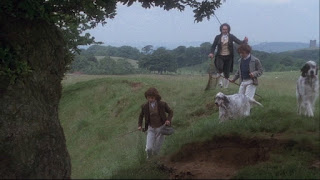 Baby Darcy and Baby Wickham fish and tromp through the woods with these two floppy eared muffins.

This scene is one of my faves. My mom has a friend, Platinum Barb, who is basically Mrs. Jennings and who would also absolutely just pile every single pup in the carriage just to run errands. 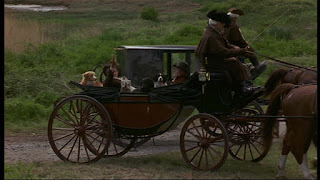 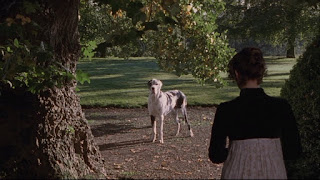 Lizzie B. ends up at Netherfield with a bunch of people she can't even with, so she does what ever sensible girl does, and makes friends with the household pets. 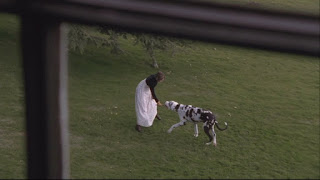 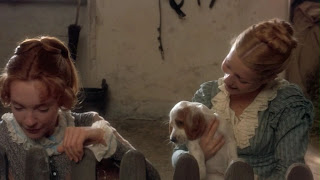 Like I said, Emma is pretty incredible in terms of depicting just how good the landed gentry had it back then. Back then, you could spend your entire day just snuggling a pile of barn puppies in a gorgeous dress with your friends. 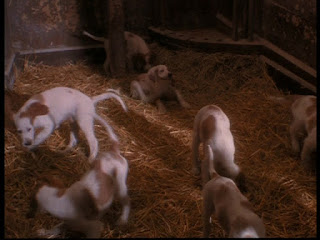 Puppies and Jane Austen. This is the best way to start a week. Do you have any builds/arguments for the order of this list? Let's hear them! Thank you to Lizzie for inspiring this blog post!
Posted by Rachel at 9:33 PM No comments:

I am making it a personal goal not to give people wedding advice. It is none of my business how you decide to lock it up, and all the advice tends to swirl around and make a thick fog of doubt that gives you lower back pain.

One of the things I am the most happy about doing for my own personal marriage ceremony and dance party is picking food that brings me joy and that I can have whenever I want. 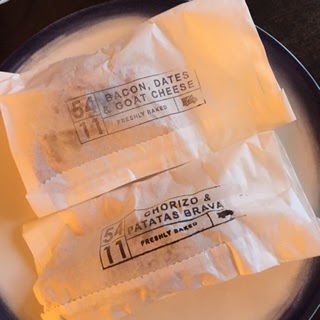 The past week has been straight garbage, and next week promises mostly more of the same. It all came to a head when I attempted to pick up at 5:58 from a store that said they close at 6...only to find them dark and locked. I trudged my way back to where a bus may or may not every appear and down the block I spotted my favorite big blue van. I literally, actually, not metaphorically ran towards the 5411 truck, terrified that it was only a mirage, that my psyche had also decided to screw me over this week.

But there it was!

On my wedding day, I ate protein bar for lunch. Which was good because, post ceremony, anything resembling an appetite quickly evaporate and was replaced with medical-grade adrenalin and pure joy.  I became my least favorite bridal cliche - the girl who eats nothing. Every bite of everything tasted like egg cartons. I dutifully attempted three or four swallows but eventually gave up, insisting that others eat my share since they could enjoy it far more than me.

And enjoy it they did.

The bacon, date, goat cheese empanada game that night was fire. Our 100 guests cruised through about 200 of those suckers. No regrets.

And now, every time I see that truck, I have a free pass to get myself an empanada (or two), maybe even a couple for the mister. And I get to relive that joy all over again. Of being surrounded by my favorite people, of dancing to my favorite songs with mah best girls, to my whole famn damily getting outrageous, to a midnight kiss that is scheduled to last for another 29,901 days.

But this time I get to enjoy the snacks too.