An Update: The Witch from Next Door

A while back I wrote a little piece about Kathy Afzali (and get used to seeing that name a LOT. I know how google works). You can read my first Kathy Afzali piece by clicking Kathy Afzali.

And while I am sure most of you are friends with my mom on facebook (who isn't?) and know how this all went down- for the rest. Here is how the people in charge of the government act sometimes:

Finding Kathy Afzali's original note to be incredibly rude and disrespectful, my mother asked (face to face, like a grown up) if she would reconsider. Kathy Afzali SAID NO.

Kathy Afzali literally said that our family was not allowed to use a driveway that had been shared for over forty years.

So we ignored her. Because, sometimes when you ignore a gnat - it goes away.

But no. Kathy Afzali came back and dropped some legal bizness on mi madre. She was going to take my mom to court. Over some pavement. That she, herself, personally, does not actually use.

Let me repeat that. Kathy Afzali, delegate to the Maryland House of Representatives District 4A, threatened legal action over a piece of asphalt that is, literally, 10 yards long and that has been shared for half a century.

I'm sorry, but shouldn't a delegate to a state as amazeballs as Maryland have better things to do with her time than threaten legal action against her constituents? ...but I guess trying to pull a fast one on women, gays and minorities takes less time than I think it does.

The end of the story is that after meeting with some people, my mother was told that she could probably take Kathy Afzali to court and win - but she would need to pay a lawyer and legal fees and take time out of her actual job to deal with this woman. And really, who has time to deal with Kathy Afzali?

So Mom is throwing in the towel on this. But I'm not. I am not bound by any of the moral ethics my mother tried to instill in me.

Kathy Afzali - I find you to be a wretched person. Truly. I have such high hopes for women in politics - even when their opinions differ from my own. And you have confirmed my suspicion that there are some people out there who are really just mean. And awful. You are all the worst things about suburban sprawl, the real estate market and "my-way-or-the-highway" modern conservatism. And you're bothering my family.

To all those reading this. Please feel free to tweet at Kathy Afzali (@Kathy_Afzali). Or write on her facebook page. I would - but I've already been blocked (her little busy beaver interns are on their game). Or write her a letter. Give her a phone call. Ask her why she has it out for her own neighbors and constituents. Feel free to share this with people who vote in Maryland. Make copies, pass it around. People should know the real Kathy Afzali.
Posted by Rachel at 12:06 AM 3 comments:

Since we moved up north, I have been a bicycle riding monster. If a monster still gets panicky making left hand turns and is terrified of the day they get a flat tire three miles from home.

Overall, it has been awesome, but since I can't do anything right - it hasn't been without its spectacular mishaps.

The best one so far is that I cannot manage to bike to Target without coming home with over 10 pounds of Target on my back. I feel like I should blame Target for being so g.d. tantalizing, but really - I should learn some frickin' self control.

I am too terrified to slip bags over my handlebars still, so everything has to go into my backpack. And then my backpack looks like this: 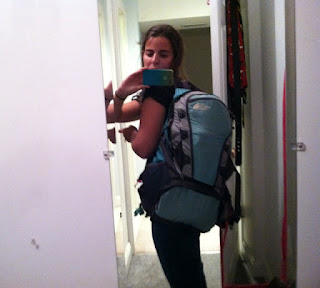 While I am pretty good at the biking, I still struggle on big roads and with making left hand turns. So of course, this particular journey - no matter how I slice it, will always include at least both of these things.

And the problem with biking with a bodega on my back is that my first concern switches from "keep yourself alive" to, "don't spill yogurt all over the ground." Why I put spilled groceries ahead of my own well being, I am not a hundred percent sure, but the fact is - its Chobani before skull all the way these days. 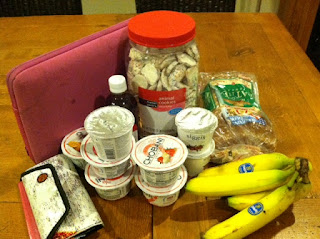 Here is all the stuff that was in my big ole backpack (that pink rectangle is my computer which should maybe lose some weight if it wants me to carry it around all the time). And yes. That is a giant tub of animal crackers. Perhaps in the future, I will wait to buy ALL the animal crackers until I have an automobile at my disposal.

And seriously? Bread, bananas and yogurt? I managed to find the holy trifecta of things that should be delicately transported. What an idiot. Although the bread was the only thing that got ever-so-slightly damaged in the trip (no, that's not a glare on the photo, that's a dent in the loaf).

I like to think that I have learned my lesson and will just stop going to Target when I am on my bike, but no. I'll just get one less yogurt next time.
Posted by Rachel at 10:50 PM No comments:

I am not particularly good at "the future." It is a long, scary hallway where its really dark you know there are spiders but you don't know where they are, just that they're waiting to eat your face.

I don't know if I will ever be ready to face the future.

But I do know that right around 1 PM, every day, I am overcome with a very serious want. I want to make dinner, eat animal crackers and complain our days with you.

That's as much into the future as I am willing to go, for right now. In six hours, I want to be with you. Everyday.*

*Except on the day where JBH takes me out for lobster nachos. Then I just want to come home and tell you about it.
Posted by Rachel at 12:57 PM No comments: 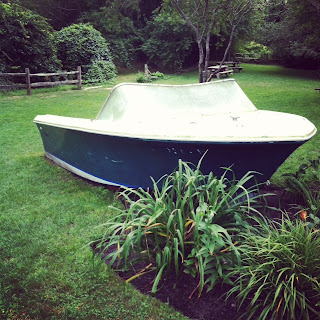 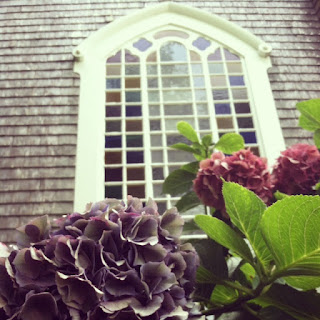 It doesn't have enough "things to do."

(as if you would want more to do than sit around and read a book). 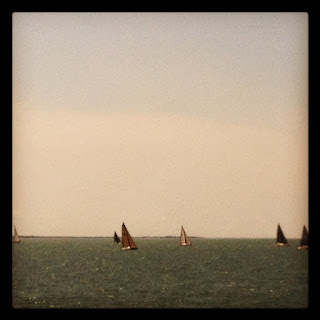 It's full of cars. 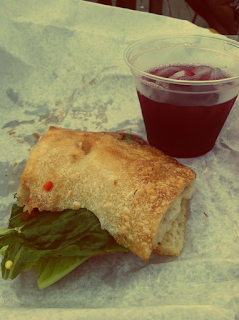 And jerks in silly clothes. 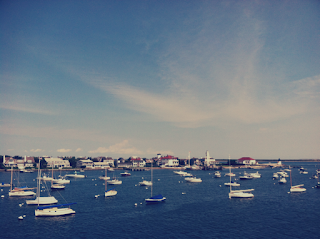 1. The boat at Something Natural. Docked in the correct spot for a midday cookie.
2. The window of the chapel in 'Sconset with mandatory hydrangea.
3. Sailboats.
4. A Provisions sandwich and a Nantucket Vineyards cranberry sangria. Perfect after a 3 mile walk.
5. The harbor from the ferry. Its a crime to leave when the sky is this blue.
Posted by Rachel at 10:42 AM 1 comment:

Today has kind of been the BIGGEST day for many, many reasons.

This blog is only going to talk about two of them. 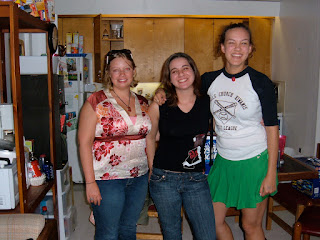 They aren't friends anymore. But in honor of the fact that they are both 30! YEARS! OLD! on this Monday, they get a joint post. Sorry ladies, its Monday night, and I am drunk on red wine and tuna melts, I only have one blog post in me.

Once upon a time, I was 19 and I had no idea what was going on. I grew up in a small town where everyone knew who I had been since the age of 6. I couldn't shake off 3rd grade memories no matter how hard I tried to redefine myself. And then I moved to New York, where I could have redefined myself if anyone had given a shit. Which, surprise, surprise, no one really did.

And then! I got to move to a small little cesspool of insanity (known as summer stock theater) where no one knew my business, and I got to be whichever version of myself I wanted to be. I managed to spin the wheel and land on a version of myself that seemed to attract some really great people. 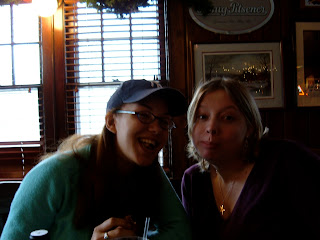 And thus began, 8 years ago, the silliest summer of my life. I try not to dwell too long on the past, but the summer of 2004 will always be ingrained as the best, worst summer of all time. As I reminisced about it today:

"...we made some really astoundingly bad choices. And we only ever had enough money for booze. And we kissed boys who made us cry. And we had the literal definition of dead-end jobs. And we ate week-old crabs. And yet we were still the happiest of girls..."

And these two amazing women, who have pretty much knocked life out of the ball park in the past 8 years in their own ways, were the two people who bought my new personality, hook, line and sinker and wanted to keep me around - even after the dream summer ended, and I went back to my real life, 15 pounds heavier and so much more aware of the kind of person I wanted to be as a twenty-something.

These girls taught me that its acceptable to do things just for the story. To write it all down. To get your heart temporarily broken for a night of fun. To play the "let me tell you about yourself" game. They taught me that people will love you even when you pour candle wax on their chests. And almost drive their cars into a clothes line. That its okay to be made fun of when you deserve it. And its okay to cry when it all gets to be too much.

When I first met these two girls, they were fresh-faced college graduates and I idolized them. I could not believe that these two people who seemed so much cooler and more grown-up than me wanted to be my friend. And even though I have never had an iota of true self-confidence, they made me feel like I was an awesome, hilarious person. They are both also awesome and hilarious. 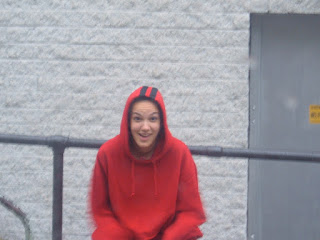 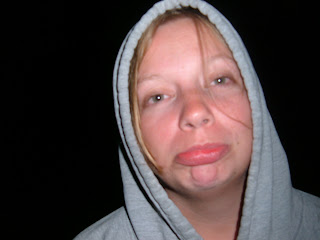 So thank you. Thank you for 8 amazing years of self-discovery and debauchery.  Happy 30th Birthday!
Posted by Rachel at 10:08 PM 1 comment: