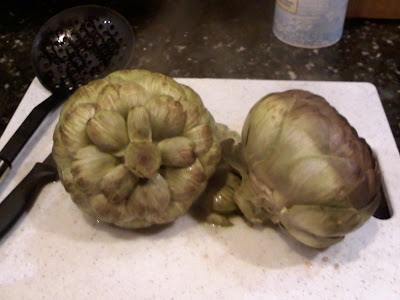 I LOVE the taste of the artichoke (particularly when mixed with spinich and cheese) but I've only ever dealt with the canned heart variety. But these landed on my doorstep and I had *just* had a conversation about how I thought it was kind of crazy that I had never actually had a real, live 'choke. So I decided it was time to rumble.

I went to the interwebs, the answerer of all questions, and discovered there are a whole crap ton of ways to deal with these suckers. Not being one to get down with rules, or directions that are complicated, I decided to just do what I want. 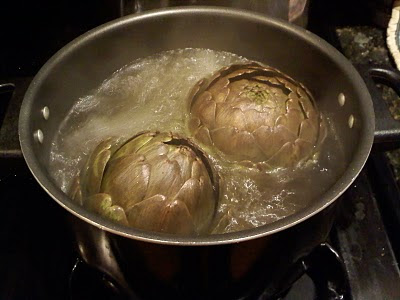 I boiled the shit out of them. Seriously, for like 40 minutes. Because I read that number somewhere, and I figured that if there was nasty bacteria in them, it'd be gone after 40 minutes...of course, its very possible I boiled away the taste or most of the meat but what can you do when you hate rules?

And then I took them out of water and felt very, Now what? I had been told that the meat of them was at the center of all the leaves. So I took off the leaves. 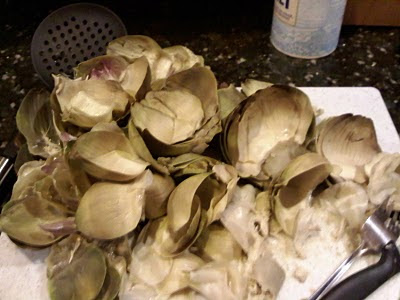 Apparently you can eat off the leaves, but thats tedious and weird, so I just got rid of them. And seriously? So.Many.Leaves. This vegetable is so dumb. Anyway. I got to the bottom of the leaves, and what did I find? 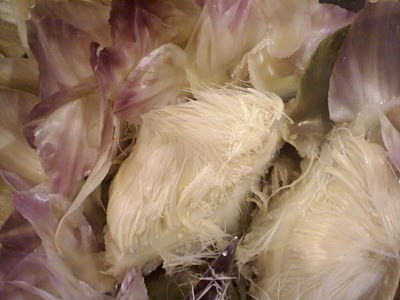 Furry shit?! What is this - an ear of corn? Holy crap. I go back to the internet, because I have no idea what of this plant is toxic and what isn't and at this point this has been about as much work as I put into eating a hardshell crab and there are parts of that that I know are no-nos. So I figure out that the edible part is that teeny part in the middle. Ugh.

So little stuff for so much work and it does not even taste like crab. Sigh. Not my favorite food. 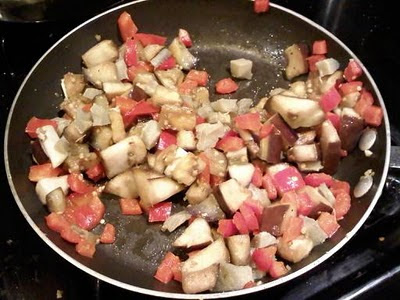 Anyway, I mixed it up with some eggplant and red pepper and a little garlic and then ate it with some left over injera bread from Ras Dashen. It was pretty good. But there is a lot of work involved in something you can just buy in a can...
Posted by Rachel at 9:40 PM

wow. you really put in a lot of work on the artichoke. How'd the taste go? was is good?

It tasted like artichokes you buy in a can. Survey says - not worth it.