Guys. Sometimes I feel like a douche for doing this:

Remember how I promised (all those years) to be super vigilant about writing every day, 1,667 words a day. It was going to a slow and steady trudge to the top.

Turns out that is not ever going to be the case. Or at least, it was not this year.

This year though. This year, I took NOTES. One night in early October I took a little nugget of an idea that I have had forever and I made it grow. I took a notebook and a pen and sat quietly late into the night writing down everything I could think about the idea. I answered questions that came to mind and  then just decided things that were not even questions that I had.

I told a few people about the idea. They all had questions. So I answered their questions as best as I could and the questions I could not answer I kept in my head until I could figure out an answer.

But even all that planning was nothing compared to actually writing the monster. This was the first time  I ever took on a world that was not identical to our own. It had all of its own rules and there was no one around to make up those rules except for me.

Sometimes I would forget that I was in charge and I would get frustrated by something I felt was restrictive. But then eventually i would remember that not only did I get to make the rules, but this was a first draft and I could change the rules mid story and no one was going to come after. Not the fiction police, not anyone.

This has been a weird year because I have been sans job all month. And, as I mentioned earlier in the month, it possibly made it harder to carve out the time to write. When you have nothing but time you always are able to put things off.

And lets be honest, this whole monthly thing has become, for me at least, how long can I put this off and procrastinate and still get things done.

Boyfriend for being everything and anything that I could need. Except for that moment when he said the book was dumb.

The people I talked about this with and who were willing to ask questions instead of just saying, "that sounds dumb." 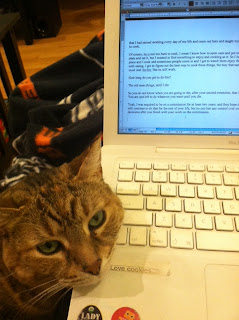 for being the best moral support a girl can get. 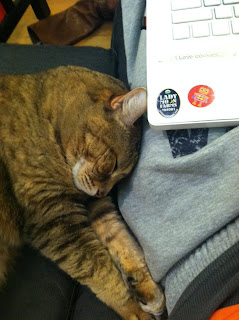 Bring on the holidays. See you next year.