The whole time we were in New York over the weekend, there was a little voice inside my head just repeating, "this isn't your city. This isn't your city," the voice hurt my heart as I had to accept that it is telling the truth.

New York was my city. It was mine. mine. mine. for the last year of high school as I planned to make it my home, and the four years I lived inside its harsh and overwhelming boundaries, and even after I moved away for the longest time - it was the city of my soul.

And now? It's not. It's a city I love and will always cherish as a part of my story but it is not my city anymore.

That realization was a cloud over the gorgeous sunny weekend. It was like spending the weekend with an incredible attractive ex. I spent so much time and energy picking it apart so I wouldn't feel so bad about it not being mine anymore.

That being said: we had a super fun weekend. It was a weekend of firsts for me which is always a nice surprise from somewhere you have know for so long.

'wichcraft. I am a huge fan of Tom Colicchio from his lovable but tough turn as the Tim Gunn of Top Chef. But I had never eaten any food he created (designed? managed? idk). And the results were a little disappointing. Maybe we should have gone to Colicchio and Sons and gotten the real deal - but seriously?! It's a sandwich, it should be fool proof. And it was just kind of bland. It lacked (as they say in the biz) a strong flavor profile. Would I eat it again? Sure - but only if there was some sort of apocalypse and I had no access to any other sandwich option on the island of Manhattan. 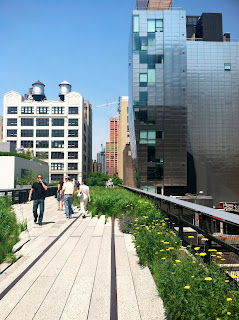 L'arte Del Gelato. Gelato on high line park. I gotta hope this is what heaven is like.

Yankee Stadium Brother Jimmy's. gimme all your fried pickles. And I will eat them. And I will be mostly content.

Nathan's. Did you know the coney dog has nothing to do with Coney Island? It's cool - you'll still be happy with your chili cheese dog.

El Salvadorian Truck Food. The Red Hook food truck party means business. It is for the real hipster food truck snobs and it is amazing. We got a sample platter with all the sides, plantains, paposas and a tamale and it was a delight. 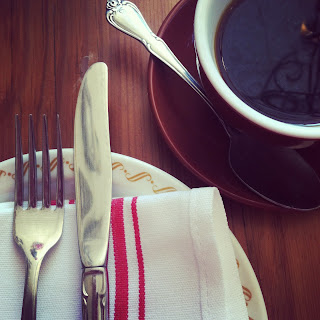 Old School. Brunch is the best worst thing that ever has happened to me. Easily my favorite meal but the one that requires the most logistical planning. My hatred of waiting for food makes it such a challenge to have an enjoyable brunch experience - luckily this place had no line and no wait and that gave it enough points to make up for the fact that they didn't understand Anniebelle when she requested "toast." Seriously?! Hipsters.

Milk. The cereal milk milkshake was so strange, but I do not regret it. Two days later I still don't know how I feel except, ok.

High Line Park. Oh. Like when your ex gets an amazing hair cut that changes their whole face and makes them indescribably sexier. The High Line Park is the stuff of my dreams. Everything about it makes me love it a little bit more. 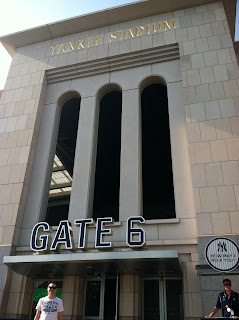 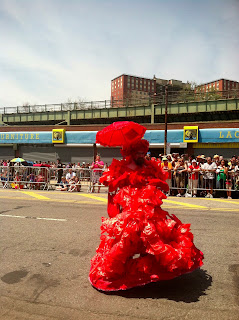 Yankees Game. My first Yankees game! It was a baseball game. Over priced everything. Hilarious people watching and some out of tune singing. And they won! Which is always a good bonus. Plus on the ride home, we were idolized by some sweet lady from back-water Texas. She was so impressed we could live in a place where we traveled underground all the time..

The Mermaid Parade. So fun. I love a good meaningless excuse for adults to dress up.

The NDI final show. When I think about what I really, really want todo when I grow up - being a part of this organization is near the top of the list. The show was the perfect way to spend a very hungover Sunday afternoon.

I love New York so much, and I am so happy that we got to spend a great weekend. I am so thankful to sweet Anniebelle for being an amazing hostess. I cannot wait to repay the favor and show her around my new mainsqueeze - Chi-town.
Posted by Rachel at 12:46 PM