Today is my Grandpa's 80th birthday. 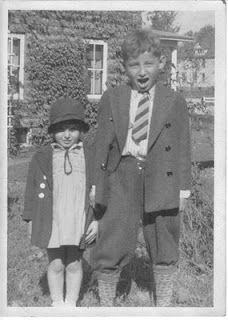 Grandpa wasn't big for celebrating birthdays anyway.  The cakes and the presents and the singing - they were for us.  If it was up to him he would have spent every birthday alone in his truck driving down two lane alternate highway routes.  But Grandpa loved us more than he loved himself, and that was the amazing thing about him.  He was surrounded by all these women who wanted to celebrate him.  These women who worshiped him.  And so he celebrated because he loved how happy it made everyone else. 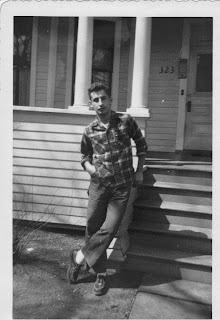 For some reason, when I imagine Grandpa and his four daughters they're all wearing swirling full-skirted dresses out of the 1800's.  I have no idea why, since they were a bunch of hippie/cowboy/beachbums but its a lovely image that I can't really get away from.

Grandpa would laugh at me for writing this blog at 11:30 at night.  He would have told me to go to bed.  He'll still be 80 tomorrow and then I'll have had a good night sleep and can celebrate him properly.  Or at least, that's what I think he would have said - thinking of my adult relationship with him is something I can't really wrap my brain around.  Its too sacred and sad to think about for too long. 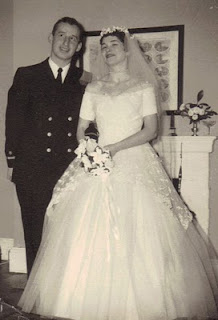 I think one of the reasons I love Boyfriend as much as I do is because there are these flashes of Grandpa I see in him, this silent stoicism in the face of an overload of very noisy estrogen.  This dry humor sliced paper thin, so subtle that you almost don't notice it.  This terrible singing voice.  Naturally, this makes me Granny.  Which is a little hard to swallow, and yet - exactly right.  A love that defies the laws of just about everything. When I was a kid, I was pretty sure Grandpa knew all the secrets to the universe and that we were all so busy running around we never got around to asking him about it.  But even if we had, he probably would have shrugged and said, "ask your Grandmother, she knows everything."
Posted by Rachel at 11:51 PM

This made me cry buckets, but that's fine. Grandpa is the best thing I have to give you. And I'm grateful that you understand.