I slept the most of any of the nights on that first one.  Mostly because I hadn't slept in two days.  But after that, no more than 6 hours.  Because while it is pretty weird going to bed when its bright as day outside, its way weirder to wake up, thinking, based on where the sun is in the sky, its 9 or 10 AM and having it actually be 5 or 5:15 AM.  So not so much with the sleeping, which is fine because there was plenty to do.

First things first, be interviewed on Icelandic Public Radio.  My Admiral Ackbar radar went off when the guy asked us questions about what we were excited to see, but I tried to answer honestly and not say too many Icelandic words because that's where I was going to embarrass myself.  Anyway, I have not heard anything about the three stupid, American girls who humiliated themselves on the radio.

The up the bell tower we went, so that we could see the city from a tall building.  Which is always fun.  Even though all cities kind of look the same from the tops of tall buildings. 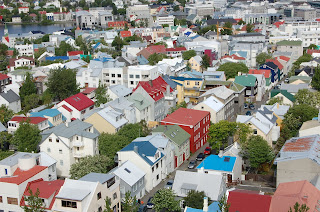 After bell tower time it was pancake time.  I had heard a lot about Icelandic food but no one mentioned the pancakes and no one mentioned the rye bread (which I will get to later).  So we went to C is for Cookie for a pancake, slathered in chocolate and then piled high with perfectly, homemade (trust me, I know) whipped cream.  It was so sad when it was over. 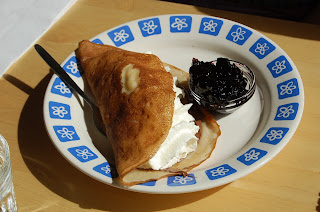 We ate a LOT of food in Reykjavik.  Which was good, because we basically stopped eating once we got on the Ring Road.  All the food was delicious, but this was probably the most delightful.  Light and perfect.  Icelandic pancakes are by far the best of all pancakes.

And then it was off to the Icelandic History Museum.  Which was educational and awesome.  Why?  The kids section!  I feel like the kids section of most National museums is lacking, because they feel like they need to make the whole museum kid-friendly.  This of course, backfires because kids hate reading and you can only extrapolate so much from a poorly animated movie.  So instead, the Iceland Museum is a grown-up museum chock-full of knowledge but it had a room full of awesome kid things. 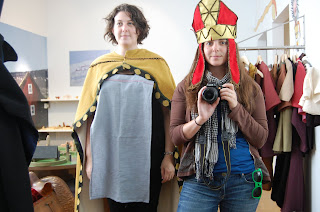 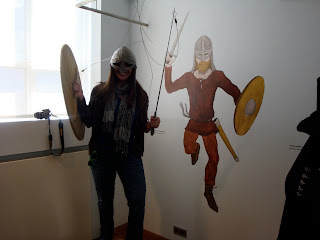 And Viking Props.
Other stuff too, but this was the best.

After learning it was time for more outside stuff.  And more eating.  We had our first Icelandic Hot Dog which was just as amazing as promised.  So amazing that we continued to eat one a day for the rest of the trip (no seriously, we did).  Then a bowl of rye bread ice cream at Cafe Loki.  Rye bread ice cream seems to only exist at Cafe Loki.  And its worth the cost of the plane ticket for a bowl or two.

We went out for a late dinner. We had seriously problems getting a grip on what time it was ever, which made us really late for nearly anything we did after 6 PM.  The fact that we didn't have dusk to signify that the "day" was ending, so we better wrap things up like functional, polite humans was a serious problem, and to all the guesthouse owners who had to let us in at 11 PM or later, I most sincerely apologize.

Dinner at Cafe Paris, who was the only place that would seat us (at exactly 11 PM, which is when we sat down for dinner...while it was still light out) so we dined and then went on search of drunken adventure.

Here's the thing about being old crotchety ladies in our late 20's.  Our tolerance for loud noise and rude young people is very, very low.  So first we ended up at The Dubliner, which looks exactly like every Fado I've ever seen.  There was a special - 1000 ISK (so about $10) for a shot of Opal OR Topaz and then a cheap, terrible Icelandic beer.  Courtney managed to talk me into it.  And it was a terrible decision.  Opal or Topaz, which ever we ended up with (I'm honestly not sure) tasted like Jagermeister's skanky younger cousin that wears thigh-high boots to Christmas dinner.  The beer tasted like water that someone had left a nickel in.

Then we ended up at the English Pub.  You might think us xenophobic, but honestly they were the first two bars we came across that didn't have techno-dance-vom-bom music bursting through the closed doors.  In the English Pub, random strangers handed us beers and because we have never seen a Lifetime Movie, we happily took them.  This ended up being a totally fine choice, though probably not one we would have made in any other country (Icelanders have a rep for being really nice and not total sketch balls, and they totally live up to it).

Things get fuzzy from here on out.  All I know is that I spent most of the night dancing around as the band played covers of all the songs my parents used to list to, wearing the scarf I pilfered from our table at the Dubliner.  Occasionally I would strike up conversations with random strangers (and sometimes my two friends, when we weren't yelling at the single one to go make out with tall nordic lads, sorry McKim).  It was a lovely hazy blur.  And when we stumbled onto the street at the ripe hour of 3 AM, it looked like it was 6:30 at night.  It was still weird.

On the way home, in the vain hope of finding a clean bathroom, we ended up on a side street that had my favorite piece of street art ever. 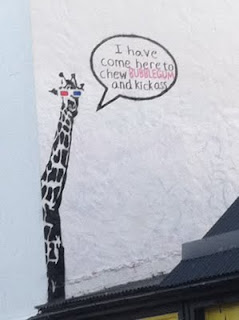 In normal places, it would have been dark, so I would have never seen this.  But in Iceland it was just the perfect light for a picture. 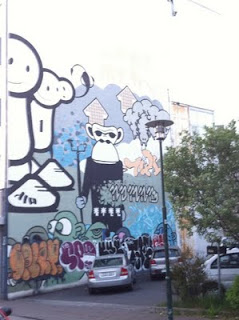 
The next morning we got a late start as we realized our little respite was coming to an end and the real adventure was beginning.  First we took this bus to pick up our rental car. 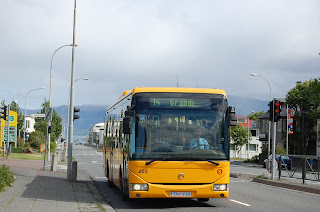 If you know me, you know exactly why this was awesome and exactly why we took the bus when we could have easily walked the half mile to where we were going.

After we picked up the car, we went to the flea market, which reminded me of the Aloha Swap Meet on Oahu.  So many things about Iceland felt like Hawai'i.  These two very proud cultures living on crazy volcano islands that are gorgeous, but are also literally ticking time bombs just waiting to spew hot magma and ruin all your fun.  After a lunch at the extra kitschy Viking restaurant it was time for a ROAD TRIP. 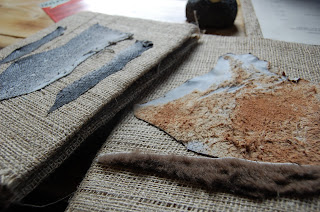 On our road trip, we went clockwise at the island.  Starting at about 7:00 or so - (if you think of Iceland as a clock with the north of it being 12:00 - obviously) our first stop was Barnafoss and Hraunfossar.  This was the first time I knew that we were no longer in Kansas.  Gorgeous waterfalls steps from the high way with hilarious and amazing backstories.  Awesome. 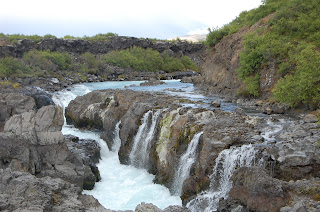 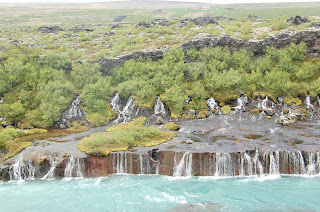 Arnastapi (so 8:45 or so?) was our final destination.  On the way there, I fell in love with Iceland even more that I had before.  I totally got the best straw, in that my friends did all the driving while I sat in the back and took pretty pictures.  We stopped and drove up some random person's drive way because they had a waterfall in their backyard.  That was the first time I lost my marbles about how awesome everything was that day. 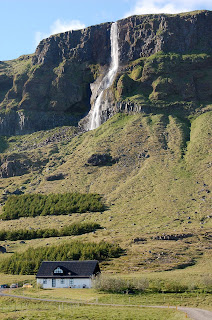 The second time was when I had the best lamb chop I had ever had.  Ever.  At dinner.  It was over priced and it took about an hour longer than it should have, but it was perfect.  Mmm. Lamb chops.  This was the last big fancy meal we had before the end of the trip and it was the best send off to a life of sandwiches and ramen I could have asked for.

Then, because it was 9 PM and still looked like this outside - 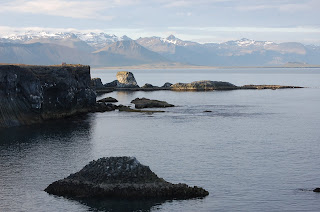 We went on a hike between Arnastapi and Hellnar that was basically a very easy and fully oxengenated hike on a mossy moon. 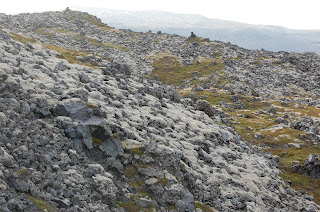 This was number three awesome sauce thing. As we collapsed into bed with the snoring man on the other side of the wall (lame sauce thing one) with the sun shining down on us we knew we were in for an adventure. 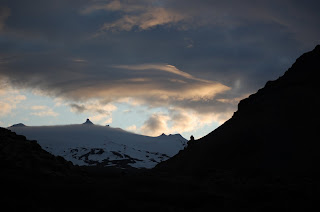