Monday was a race to see as much as humanly possible. Naturally this was impossible but we crossed off a number of things on our to-do list.

The Louis Vuitton flagship store, which was really just depressing. So beautiful and overpriced. Also, the sales people were so needy...or they thought we were going to steal stuff

Gare Du Nord - where we had to wait patiently for a ticket seller who spoke English. I tried out some French on her and she was amused by my attempts but answered everything in English.

Sacre Couer. Take the tram! Do not take the stairs! It is not worth it. Walk to the tram and take it. Believe me. Oh man, the Europeans love stairs. What a bunch of sadists. 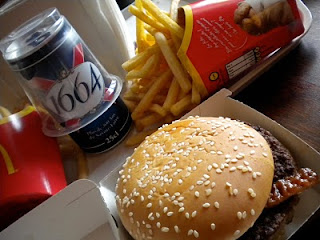 McDonald's also had the most accessible free wireless of the whole trip. Apparently all the parks in Paris have free wi-fi, but you have to register and it wouldn't let me from the ipod touch. Also I managed to communicate with the non-English speaking cashier and explain that we wanted a 1664, not a six piece chicken nuggets. Progress!

Pere Lachaise - Fun gravestones. My most favorite was Oscar Wilde 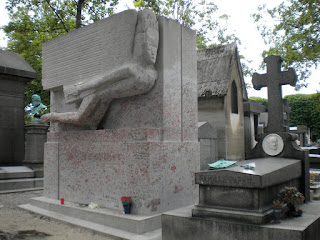 The idea of desecrating a gravestone with lipstick is not something that ever crossed my mind as an acceptable idea, but its pretty wonderful. Also, Victor Noir. No one ever told me the story of this guy. But we went to check it out and sure enough: 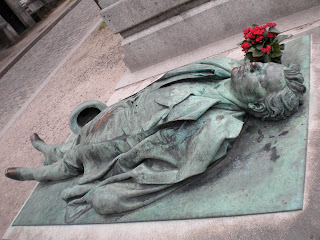 The women of the world are nuts.

After Pere Lachaise we hauled to the crepe place that J. said we had to go to. Naturally it was closed and no matter how many times I said "ferme?" they said "um, yes?" In despair went back to J.'s apartment. We were exhausted but he convinced us to meet him out and enjoy fete de la musique. We listened to lots of bands and had a weak street mojito before finding a delicious Pakistani restaurant with an excellent band playing a bunch of instruments I had never seen before.

Then we came across this drum corps that took up the street of an entire block. They were so amazing. Pictures and videos don't really do it justice but I tried.

That was enough to send us almost right home...with just enough time for a night cap.

On Tuesday we woke up bright and early to use our very last Eurail trip out to Giverny. The train trip itself was fine, except no one stamped our little vouchers which made me mad. If I had known it was going to go down like that I would have planned another trip for us, but c'est la vie.

Once we got off the train we got ready to get on the bus. This was a disaster. You would think the people of Giverny would be better prepared for the influx of people who come ONLY to see Monet's hood and so have enough buses to not have a stampede, but no dice.

Finally we get to where Monet lived and it is adorable and wonderful. We wander around for a bit and then realize that if we actually want to see Monet's house we have to get in this long line of people and pay for it. Sigh. Fair enough.

Since we paid the "young persons" rate it was totally worth it. Monet had quite the house/garden/bridge under the highway to a pond. 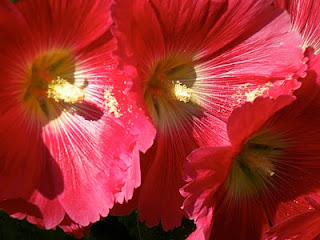 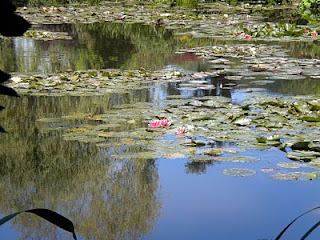 I was devastated that you couldn't take pictures inside Monet's house, because it was gorgeous. Especially the kitchen

After we had had quite enough garden and house we went to find a meal that would not cost all our money. Impossible, so we settled for some of our money for a sandwich and the most perfect cup of cider. 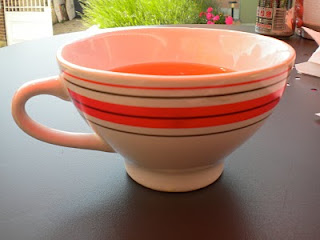 We wandered around until the heat made us feel kind of dizzy and then we headed back to the train where once again our vouchers weren't stamped. I was kind of mad, I spent an absurd amount of money on those suckers and the fact that I feel like I didn't use them all the way was frustrating.

After we got back we had dinner, just Bear and I, and I managed to get all the way through that without embarrassing myself too badly. Some of the French people I encountered were so nice and patient as I slogged through my brain to rediscover the french I learned over 10 years ago. It kept me going. Had everyone has been as rude as the women on the first day - I probably would have just never opened my mouth.
Posted by Rachel at 9:33 PM