What are you doing this weekend? Playing 2048? Yeah. Us too. 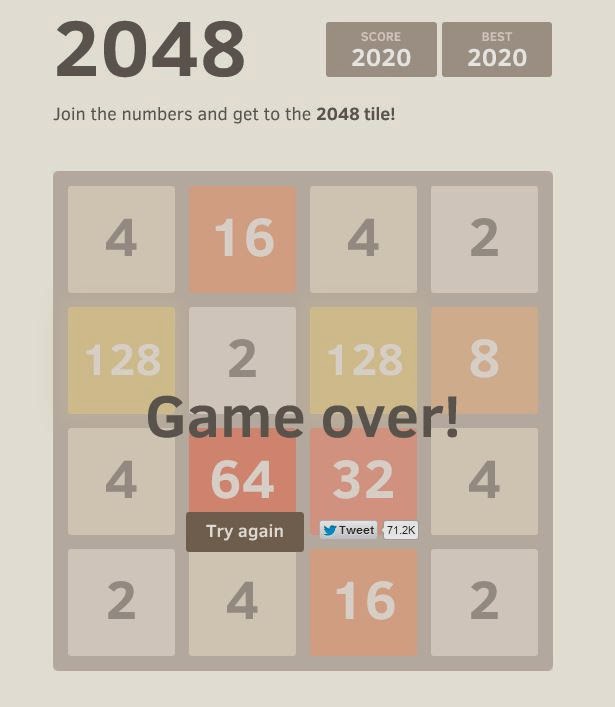 We are so stupid obsessed.  I waited as long as my curiosity could hold out before I started playing and now, its non-stop. We sit at home and we push boxes around instead of folding laundry, eating dinner, doing taxes, really anything that could in some way benefit society.

It is this. And Breaking Bad. All day long.

Boyfriend is really the one who needs to put it away. I could totally stop anytime I want. I just feel like I do not really have anything else to do. Like, if I wanted to stop, I could just never visit the site again. But he is addicted. He is dangerously addicted. I am worried about him. He is such a sweet kid, and he has such a bright future and he is going to throw it all away on these blocks. Why is he so obsessed? His parents loved him, he grew up in a good home and studied hard, but once he started with these blocks it was like nothing else mattered. Poor kid. So misguided.

Happy Friday, may your weekend involve at least a couple of 256 blocks.